Hey everyone. This post will be continually updated until Reddit forces us to make a new one. You will be able to find out which batteries we currently recommend, and which ones to avoid. You can also leave your own experiences in the comments to help contribute. Topics currently covered in this post include Batteries for PSP 1000, 2000 and 3000, Chargers for PSP 1000, 2000, 3000, Go and Go Docks, and Products to Avoid.

To answer the question upfront, currently, the best replacement batteries for PSP 1000, 2000 and 3000 are Cameron Sino brand. You should expect to get about 5 hours out of them. Just buy them off Amazon. Ostent is also good but gets slightly fewer hours at around 4. You should avoid Insten brand batteries like the plague, most of those being sold are New Old stock meaning they are sealed products that have been sitting on a shelf for about 10 years. EBL is also bad, but nowhere near as much as Insten. Keep in mind using these batteries in a 1000 may result in the battery Door being unable to close with the stock battery cover.

That should answer the question for about 90% of you. If you guys would like more information and would like to learn slight changes we made in the subreddit in the last 2 weeks concerning this issue, you can go ahead and read on.

First off I want to say sorry for not getting this posted two weeks ago, I had all this information already but have been dealing with some IRL stuff. Sorry, I dropped the ball.

So about 2 weeks ago I decided to start seriously addressing this situation given the sheer amount of battery-related posts we get in here on a daily basis. The main change you've probably noticed already is that u/dcs28 added a new tag titled "Battery" that gets applied to any post about batteries. This is so battery posts are all in a nice neat category for people to search through if they need more help. This was a temporary fix until this particular post was made. However, the new tag is likely to stay as it is convenient.

The following information comes from a test that was conducted by u/pspguru a few months ago.

The Test was conducted with three batteries from each brand: EBL, Ostent, and Cameron Sino. These were tested in a PSP 1000 and 3000 using the PSP Battery Timer) plugin. These tests were performed under the following conditions:

Here are the results:

As you can see Cameron Sino is the best with Ostent not being too bad either. EBL's quality can be iffy and doesn't last as long, but it isn't outright terrible.

Obviously, this test is not perfect and doesn't cover everything but it still gives us a good idea of the best battery for the PSP 1000, 2000 and 3000. Currently, we don't have info on Batteries for any other models like the Go, Street etc. This post will continually be updated via feedback left here and on posts in the Battery Tag. If you have any info or would like to share your experiences, please leave it in the comments below.

I also asked PSPGuru for his opinion on Insten Batteries. Here is his response:

I know most of you already know Insten batteries are generally terrible, but hopefully this will hammer the point home for anybody considering them.

So, if we were aware of this for a while, why is the information just now being released? Outside of the 2-week delay due to things going on in my personal life, there was also a concern about scalpers/ resellers buying out stock, causing scarcity and prices to rise. However, we determined that these batteries are still being produced, meaning stock will just be replaced if they are bought up.

Here's a few more relevant Links that may be able to help you out with anything not listed here:

Battery Guide from a few years ago by u/FeistyTurnover2. Some info might be outdated but it's got lots of other info. Here's some topics it covers that are not mentioned on this post:

Keep in mind, we currently don't have any hard info on PSP E1000 (Street) or PSP Go Batteries. You can help the community out by looking into them yourselves, sharing what you know, or pointing us to a battery post we may have missed with relevant info.

Hopefully, this will make the PSP more welcoming to newcomers as one of the major issues has been addressed. And remember, you can always opt to gut the UMD Drive and do a big Battery Mod.

So this is really simple. Just look up PSP-380 and PSP-100. Those chargers are OEM and are still fairly abundant and cheap, and Work on PSP 1000, 2000, 3000 and the Go Dock. I currently Don't own a Street so I do not know if they are compatible. They do not work on the PSP Go itself, just the Dock.

Now the PSP Go has its own charger. The OEM Model is PSP-N100. They're harder to come by than the others, sorry I don't have a better answer for this currently.

This charger section really needs help from the community, so if you have any that work, feel free to recommend them in the comments below.

This section is largely based on Feedback from user comments on this post. Thank you! That being said take everything here with a grain of salt. Users that contributed to each entry are credited below the entry title.

This appears to be New Old Stock, or just really poor quality. Batteries typically arrive dead and non-charging. The chargers themselves don't work, and can wreck other batteries. Avoid at all costs.

-Fixed some of the post formattings so it's easier to read

When I try to run pro c the message that pops up is the program doesn't support the firmware. Can anyone tell me what does?

Troubleshooting On firmware 1.50, does the psp not detect Ms pro duo adapters?

QUESTION Is this a USA or Japanese PSP 3001?

SHOW-OFF I found the secret Christmas edition (I think)

Hey, everyone. I have a psp go which really needs refurbishing. I am planning to buy shell, battery and screen replacements, it also needs to be repaired.

I was able to find everything but a shell replacement. As I see, psp go shells are extremely rare, but still has anyone by chance bought some lately?

I’ve been trying to buy games on the PlayStation store for my psp go and every time I add a game to the cart or try to purchase a game I get this error. Any advice?

QUESTION My PlayStation login won’t work no matter how many times I try, what’s goin on?

I want to play old ps1 games on my PSP. I have downloaded and installed the CFW and downloaded PSX2PSP on Mac, but when i try to run PSX2PSP it says i dont have any software to open the file. Does anybody know what i should do?

Just started playing this jewel of the PSP library. In my first playthrough should I worry about maxing all social links and stuff? Or should just I play the game like a normal person?

QUESTION Is there a difference between the PSP and the PSP Street?

I know the PSP street looks smoother but are there real differences?

QUESTION Anyone know anything about these? Could I hook it up directly to a router and be able to get online?

QUESTION Can I charge my PSP safely with these two combined? I do have an original PSP charger that I use at home this is more like when I travel. I mainly bought the cable for powerbank charging.

I am trying to permanently install CFW on my 3000. I have it running PRO-C and am able to run the PRO-C updater to boot into CFW, but was told I can use infinity to flash the CFW and make it load automatically. When I run the infinity 6.61 flasher, everything seems to go great until the system reboots, at which point I am greeted with a screen that says “settings information is corrupted. Press the O button to repair and restore default settings.” Pressing O reboots the system and loads up the XMB as normal, but my CFW does not seem to be permanently loaded; and I still have to run the PRO-C updater to load it again every time.

I found on my old psp 1000 a mame emulator... and runs SO bad... that I searched if any newer emulator was out there. And found FBA, which has some dedicated builds for some systems to get the best results.

I've been advised to try cave and pgm builds, each has it's own rom folder.
I have a full set of fba roms, but how can I separate the cave and pgm sets to place the files where they should be? Any help would be appreciated _)

QUESTION Any opinions with this 1000 battery?

QUESTION Is this a ribbon issue or a screen issue? I’m getting desperate at this point

I simply can't connect my PSP 3000 (updated to last firmware) to my Mac (latest OS). I tried a Windows 10 and even a ChromeBook, and nothing, it does not show the microSD connection or anything. The cable is working properly tho.

SHOW-OFF Picked Up My First PSP From A Thrift & Modded It, Impressive What A 20 Year Old Handheld Can Do! 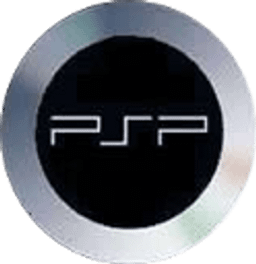 The gaming subreddit which fits in your pocket!