What movies, TV or streamed media has captured your attention?

Give us a short review!

image Who the hell even does this??

PSA: If the brand isn’t listed on marketplace, it’s probably from Kmart or IKEA at a cheaper price

politics Members of the Exclusive Brethren, an ultra-conservative religious sect, have emerged as the interests behind companies that won the rights to import COVID-19 tests and supply them to federal and state governments through contracts worth more than $30 million.

Anyone Id this snake? Don't say a hungry snake...

culture & society Sophie's rental application had been accepted, then someone offered an extra $100 a week

Authorities believe they have located the infamously lost radioactive capsule after reports a Landcruiser numpty vanished into the future after hitting 142kph trying to block several cars from overtaking it.

We spoke to a witness who was losing his shit behind the 200 series for the better part of 20km. He told The Times,

“Yeah typical wanker mate. Was plodding along at 80kph until his selfish little beady boomer eyes spotted the overtake lane ahead. Then he floored it. However, he must’ve picked up the radioactive thingo because as soon as he hit 142kph his tyre marks lit up and he vanished”

Authorities state that instances of time travel are quite rare but weren’t surprised. A spokesperson for the DFES told The Times,

“What we are seeing is a lot of these new fourby owners buying accessories that they don’t need or understand. For most of them it’s MaxTrax or a snorkel but it looks like this boomer got the flux capacitor sports package. So all it needed was the fuel to kick in. We believe he went full Delorean on that stretch of road”

Speaking to a psychic medium, we understand that the Landcruiser found itself in the year 3030 in Perth. She told The Times,

‘Luckily it wasn’t too much of a shock for our time travellers. He is comfortable knowing not much has changed. Freeway roadworks are still going, McGowans held office for 1000 straight years and we just got a Five Guys burger chain. There was a line all the way to the Nullabor for it”

For the time being, the state can breathe a sigh of relief as the radioactive menace is safely isolated 1000+ years into the future.

politics Anti-poker machine campaigner Andrew Wilkie has challenged governments around Australia to seize a “watershed moment” and follow Premier Dominic Perrottet’s plan to introduce cashless gambling cards, while also declaring NSW Labor would be unfit to govern if it didn’t embrace the change.

In defence of Australian of the Year

Edit: when I say “probably not” it’s not so much a “she didn’t deserve it” more a “idk enough about Australian of the year to know there was a better choice, and don’t really care that much”. I have seen quite a few arguments about people working on the front lines during the panini (I don’t think Reddit likes the other word), and how xyz should get the award, and that’s not so much what this post was about, so I said “probably not”. If I didn’t there’d definitely be an influx of “xyz should’ve won” instead of the issue this post is about, which is people boiling down this wonderful body positivity activist to “fat activist” or “celebrating obesity”. (She’s not even just a documentary maker, but founded a decade old organisation solely for the body positivity movement.) The problem is the obsession with our and other’s bodies, and the fact that we relate fat with poor character.

Should she have gotten Australian of the year? Probably not, but I don’t think people actually understand why she got it. She’s not a “fat activist”. She sees that mental illness, ED and steroid use is at an all time high for my generation, and thinks hating our own bodies is a big factor. I say this as someone who was on medication after medication, who waited until the pain was unbearable before eating, it is. The moment I realised that, in the grand scheme of things, there is no such thing as a “good ass” or a “bad ass”, I started feeling better. When I started thinking about why my body was the way it was, why the fat is there, as opposed to what I look like, I started considering my habits more than my looks. Fat is just excess energy, something to metabolise when you burn more calories than you eat, so you don’t have to metabolise muscle or other tissue to stay alive. There’s this myth that in an apocalypse, fat people are gonna starve first because they eat more, but it’s the opposite. They’ll take ages to starve. They have fat to spare. Bears fatten up to hibernate. Humans would have to do the same.

Anyway, we’ve been conditioned to not see our bodies for what they are and what they do, but as an identifier of our self worth. We attach morals to weight. We belittle and shame anyone who doesn’t fit into a very specific standard of what a body should be. It’s appalling and it’s dangerous.

She might not be the best Aussie of the year, but she is so much more than a fat activist. Tbh, I don’t even know who Australian of the year is most years, and I think you’re all just kicking up a fuss because you heard “body positivity” and thought “pro-fat”. You wouldn’t care otherwise.

I am wanting to know if anyone has any “experiences” with a Christian brother with the name of peter downs.

He was a Christian brother at Nudgee junior college in Brisbane in the early 90’s. Im not sure of his movements before or after that. He now lives in Victoria.

There are numerous “events” claimed against him.

politics One-fifth of Australians report that their GP has stopped bulk-billing and more than half say they go to a doctor who charges them out-of-pocket expenses, amid mounting pressure from the medical industry on the federal government to raise the Medicare rebate. 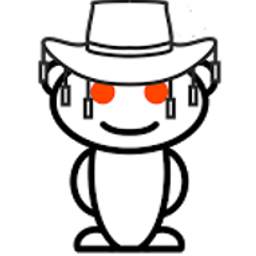 A dusty corner on the internet where you can chew the fat about Australia and Australians.