Welcome to r/beta! This subreddit will serve as a central place for us (the admins) to let you know what features are in beta testing, and for you (the beta testers) to send us feedback on beta features.

This is a bit of a long post, but have no fear, most of this information is also on the sidebar and the wiki.

How to participate as a beta tester

If you're logged in while in beta mode, you'll see a flask icon next to your username to indicate that you're beta testing.

What is in beta

We keep an updated list of features that are current in beta on this wiki page.

For a faster response, please tag your feedback post as a [Bug] or [Feedback], and indicate what feature you're responding to. For example:

To save you some typing, we've created a couple of button shortcuts in the sidebar. We (the /r/beta mods) may add flair to your post with its status, so you'll know if a fix is in the works.

If you have questions or thoughts on the beta program, please leave them below. If you have feedback on any features in beta, you can submit a bug or feedback using the sidebar buttons!

Why is Reddit for iPhone so crazy slow typing and scrolling to the point of almost complete unusability?!

No problems typing or scrolling on any other social media app!

Suggestion for a repost control mechanism

Yes, i know people have been saying that since the beggining of reddit but mods and reddit admins are rejecting this idea even though its hurting the reddit community as a whole. Anyways i think there should be a bot or a function that checks if anyone has ever posted the same image/text/content and if it had been posted and if it had been posted the bot should warn the op for a maximum of 3 times and after 3 times it should ban the op for a certain amount of time(Or other forms of penalty like reducing ops karma), from the other users perspective it should either say this is a repost or a possible repost. You may ask yeah but there are some "old but gold" kind of memes/content what if people forget them? In that case there should be another option like op would have to admit that its a repost and reposting op would have to SPECIFICALLY give credit to the original op like it should be explicitly seen and %85/%90/%? amount of upvotes should be given to original op and the rest should be given to the reposting op, now before i finish i want to add that i know this is a little bit utopic and there are waaay too many problems before this thing such as a really fucked up video player, network failures, etc... and i know this requires some infrastructure, thats why its called a suggestion not an order. Thank you for reading,

My operating system and browser provide control over which theme I would prefer. Please offer and "automatic" option to the web client so that I don't have to keep manually switching. People who prefer only one theme already presumably have chosen it in their operating system as well.

Turn down the targeted subreddit advertising

Like I got to a different sub for less than 2 seconds because I was redirected there from a cross-post and now my notifications are full of updates from that subreddit. I know I can turn off updates from certain subreddits but I don't wanna have to do that for every sub that I go into.

Backing up takes me back to home page of sub

Markdown mode: Switching tabs back to an open post's comments where an in-progress comment is being drafted causes the editor to exit the editable text-area

Switching Chrome tabs back to an open post's comments where an in-progress comment is being drafted causes the editor to exit the editable text-area.

Then I have to go to my mouse and reselect the area. It's awful, haha.

In this specific report, I was in markdown mode. I tested this in Chrome and Safari - both suffer from the issue.

Why was I in markdown mode? Sometimes when I paste text from other pages the 'fancy pants' editor freaks out and I can't type anymore near the pasted text. That's also another issue that should be investigated.

I'm on mac. Thanks for listening!

Hey how about letting us block posts with key word? If I could type in that I would prefer to not see posts that include the words like "Musk, Elon, Trump, etc." my life would be filled with so much joy.

I would love it if there was an option to turn off opening notification messages in a new tab. When my posts blow up on other subreddits, I would prefer not to have thirty seven tabs open by the time I'm done checking my notifications.

Is this expected behaviour?!

If I keep choosing three new interests every time I log in, surely that'll be a lot of interests, right? Why not just cut the middle man and automatically register every user to every possible interest that's available in the entire website, and get done with it?

Option to add flairs to post rarely available when using browser on mobile.

App: Sound from videos on the home feed continue to play after clicking on a post

I said I was boycotting “until the ‘show parent comment’ button comes back”.

It’s back now. Resubscribing as promised.

First of all, why is all the text and stuff covering the image? It's not like I don't know what post I'm looking at, this just feels redundant.

The elephant in the room, I suppose, is new scrolling mechanism.

Left and right used to change the images in the gallery, now it does nothing. Instead we get tiny buttons, which seems to allow to choose each image more precisely, but it's counterintuitive honestly.

And scrolling down shows you some other images unrelated to the current post.

Even though I am kind of disappointed in the update (maybe because I'm used to what was) I know there are people who aren't, I'd like to hear your feedback on this too.

I’m unsubscribing until the “show parent comments” button is back.

Anyone else down to do a little boycotting?

In the chats feature, all of a sudden my messages to people are coming back as unsent when exit of Reddit until the other person responds. Very annoying!

I’m on iPhone 8 if that helps$

Why would you move the search bar to the discover tab on mobile?

I never use the discover feature. For the love of god, don't mess with the search/sort UI. Don't fix what wasn't broken.

I'm visually impaired, and mobile apps are not really accessible for me. As a result, I'm unable to invite anyone to join my communities. Would it be possible to provide this feature for desktop as well? I would greatly appreciate it. Thank you!

Modmail notification: red dot won't go away even though there are no new messages.

When I enter modmail I am greeted with "You have 0 messages in Notifications."

Recent Posts not showing up in overview

None of the recent posts I’ve made over the last couple of days are showing up in the overview, there’s 2 comments from two days ago and a single post from 8 days ago but everything else from the last day plus is missing.

Doesn’t matter how I sort, there’s still a lot of posts and comments missing.

EDIT: https://old.reddit.com/ works just fine. it's only on https://reddit.com/ that I am having this issue

shit blasted music when I clicked the notification. Fix that shit. It's illegal in certain countries to play fucking audio on popups without notifying or having a way to mute.

Anyone else saw the follow the banana easter egg. Whats up with that?? Is it a Bug at this point or a Feature?? Where is the Banana?

What happened to bell icon

Why can’t I subscribe to posts in app anymore? It’s replaced with a filter icon.

Is there a way to "collapse" subreddits so you aren't seeing 60 million posts from "X" sub? While you may be looking for A, B and Y subs it makes it hard to not just unsub from them and reload to make things more legible, either that or do a daily post summary where it provides links to all the new posts made in the sub's for the day.

Notifications are delayed when using browser on mobile.

I have to manually refresh every time I want to check notifs. Which is irritating because that often takes me back to the top of whatever page I'm on, leaving me to scroll all the way back to where I was in the subreddit. 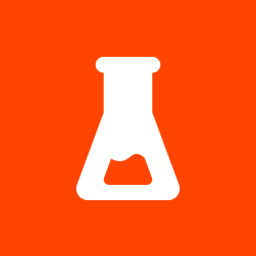 An official community of beta testers for reddit.com