Note: Comments are sorted by /new for your convenience.

Here is an archive of all previous "iOS Support Thread" threads. This is best viewed on a browser. If on mobile, type on the searchbar [title:"iOS Support Thread"](without the brackets, and including the quotation marks around the title and author.)

Support Why is the volume icon so small

Support [Help] iPhone 14 pro max > on the latest software update. The Lock Screen/always on display is locked and won’t respond to any input. Additionally we’ve tried doing a manual reboot but nothing happens apart from a short vibration.

Support Does anyone know how to fix this

Support How to remove this tile from my Control Center? Says “accessory not responding”

Discussion Alright this is not a good UX Design

Who approved this design at apple ?

Hope they improve this crappy design process in future version.

Hey all, I have the setting In-App Ratings & Reviews turned off (Settings > App Store) but still get the prompts for feedback. Any ideas why this happens?

Support Whatsapp taking too much space, more than it’s suppose to… It’s actually 43.8GB but it uses almost 80GB… How do I delete excess storage usage without losing data?

Support Apps randomly categorized under "Other" in app library

I woke up this morning to find that most of my apps in the app library had suddenly been recategorized under Other. Now, I'm not a big fan of the app library to begin with, but this made it somehow worse. Any way to fix this?

Support How long will IOS 15 be supported?

sorry if this in a wrong sub, or wrong flair, i just dont know how long iOS 15 will last

Is there a nice way to add all my emails with a profile?

When I click share in any app or web page ( like sharing a photo) and select a contact it shows as green (as if it will send a text). If I delete the name in the message header and select that contact from my address book (contacts) it turns blue. Any ideas?

I just noticed that the #images app used for gifs on iMessage is no longer on my iPhone but still shows up on my iPad. Does anyone now if they did away with the app on iPhone or how to get it back?

Discussion Intel Unison app allows you to send iMessages from your Windows PC, among other things.

Not sure if this is something already well known but stumbled across this earlier today and have been testing this and it seems pretty good so far for the iMessage integration have not tested the other features as of yet.

Considering getting my 7 year old an iPhone. Will bet her first phone. Any good guides on making it fully kid-friendly and parent-controlled?

Discussion Will Apple ever bring an option to put notifications at the top of the lockscreen?

I wish had never updated to this shitty ios. Who tf thought this was a good idea?

Support How to see all photos that aren’t added to an album?

I’ve been organizing all my photos into albums as I have thousands. I would like to see all photos that I may have missed that are not already added to an album, that way I can delete them or put them in an album as needed.

Is this possible with recent updates

Discussion Is it a good idea to use "hide my email" aliases for everything (web services, etc.)?

So I just bought my first iPhone couple weeks ago, and the last thing I’m migrating from Google is gmail. I love the "hide my email" service as it’s often a pain to unsubscribe/etc. from services/newsletters and such. This is brilliant.

I’m planning to use these email addresses as most as I can, but I’m wondering if it wouldn’t be a good idea in some cases. For example, let’s say I wanna change my Amazon account email address to one of these. Who knows, maybe in 10 years I’m gonna close my account and absolutely do not want to have a billion emails from that company asking me to reactivate my account. But the problem with that is if something happens to that email address—for some reason it gets deleted, Apple decides to remove that feature, or something else—then I’ll be unable to access my account in the future.

So I’m just bouncing ideas here. Would it be a mistake to migrate to these "hidden" addresses for everything? I’m still new to the Apple ecosystem and, even though I absolutely love it, I know a lot of companies/web services have the frustrating habit of dropping product functionality they don’t consider useful anymore over time. Most of the time I can deal with it, but this becomes more of a problem if it means I could lose access to my online accounts.

Support Is it possible to create a secondary backup of iMessages?

I want to archive conversations I had with a loved one who is no longer with us.

I know iCloud backs up iMessages, but is there also a way (officially or not) to possibly convert the dialogue into a readable text file?

Also, are messages stored indefinitely or do they delete after a certain time? That’s my ultimate concern, is that the conversations will somehow be lost forever at some point through no fault of my own.

Thanks for any insight!

Just a few months ago I found a great app by a small developer- it was just a set of photo filters with some other functionality like date stamps. It was a paid app but only cost 99 cents. There were dozens of apps like this to choose from in the app store.

Today I tried searching the same keywords that got me to that app ("photos retro filters date stamp") and I received... 5 results. FIVE. In the entire app store. FIVE. None were by small devs- four were huge apps with a billion features and of course in-app purchases, and the fifth was $8.99

What the heck??? Where are all of the apps made by small developers? Why am I only getting five search results for such basic keywords? Is this a problem on my side, or a problem of the App Store?

When will we be able to put the Super Bowl on the Tv, and iPads, iPhones, heck even our watches, that are all synced and share the same audio stream at the same time?

Is something wrong here? I didn’t change my usage at all, and even worse, my phone is often pegged at 100% for hours because I use it as a hotspot over USB. The battery life seems normal and fine so I don’t know if this is something I should be worried about.

So my wife accidentally delete the iMessages for one of her contacts right after she switched to a new phone and wants to know how to move all the messages from the old phone to the new phone. Is there a selective backup software/transfer software option that I can use instead of erasing the new phone and doing a whole restore procedure?

I recently got the BeWeather app at the recommendation of some Reddit users and have been liking it! I was recommending it to my coworker when I found out that he couldn't download it from the App Store or even find it. When I tried to go to my Purchases section in the App Store and tap on BeWeather, this screenshot is what I saw. Has this app been deleted? Is there anyone with more information about this? The website is still up http://www.beweatherapp.com/ (albeit with a Copyright year of 2015).

Support Does anyone know why I can’t submit my feedback for Shortcuts? Every time press submit nothing happens.

I have followed the guides. Activated storage on ICloud both on phone and computer. Still doesn't work.

Anyone may know why? IOS 16, everything should be fine and dandy, I believe. 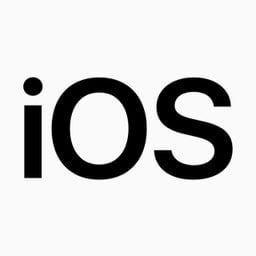