Let's look back at some memorable moments and interesting insights from last year.

The Necronomicon: The dangerous and forbidden “Book of the Dead”! The Necronomicon is a book that drives its readers mad and sometimes even their death. It is wrapped in human flesh and inscribed with blood, it contains spells to summon the dead and summon legendary beasts.

Idk if anyone has ever posted about this, but I couldn't find anything about it in this thread.

This story actually freaked me tf out. I don’t get scared easily, but this made me feel so uneasy.

Stephen Rowan Griffin was a 2 year old who was at his grandparents house with his family, when he chased a cat into the woods. He vanished for 11 hours.

They found Rowan by calling out his name, to which he called back. He was found clinging to a tree on an island in the middle of the swamp, completely dry and unharmed. He was reunited with his family, who were surprised when they found out where he was found, as the boy couldn't swim, and the water was too deep for him to have walked through. Not to mention that he was completely dry.

The family asked him how he got out there, and the answer he gave is spine chilling: it was because the cows scared him.

Obviously there were no cows in the area, since it was a swamp, and as far as I can tell they still don't know what that meant. We also still don't know HOW he got out 3 miles, or how he got to that island in the swamp.

This story does have a happy ending, which is sadly all to rare. However to my knowledge we still have little answers on what actually happened, and what cows the boy was talking about.

Tassili Caves - Learn about the mysterious drawings that stunned explorers.

The Unexplained Disappearance and Death of Patricia Viola — Patricia Viola disappeared from her home without a trace on the day before Valentines Day in 2001. A year later her remains washed up on a nearby beach. What could have happened to Patricia Viola?

The Search for Atlantis Has Started

The Mystery of the Oakville Blobs

Recently, a skeletal part that looked like the hand of a humanoid creature washed up on a Brazilian beach. Leticia Gomez Santiago and Devanir Souza were enjoying a romantic walk along the beach when they came across the surprising discovery.

Alien entities of our Dreamworld - the Pronders

The Oregon Meteorite Mystery: Was the Port Orford Incident a Hoax?

On this day in 1872, Mary Celeste’s last entry was recorded in the ship log. The mystery of the ghost ship remains unsolved.

DNA Of Seven Mysterious Ancient Women Is Carried By 95% Of Modern Europeans: Professor Bryan Sykes of the study found European ancestry is linked to the remains of seven women who lived as long as 45,000 years ago

Mysteries #4 | Jim Jones. The Story of the Jonestown Massacre

The Unexplained Disappearance of Bryce Laspisa — Bryce Laspisa was driving home from college to see his parents one night when he pulled over to sleep. The next morning police found his car crashed but no sign of Laspisa. He has never been seen again. What happened to Bryce Laspisa?

The Phoenix Lights - 25 years ago a mini- Alien invasion.

Pyramid in the middle of Amazon. Not mark on any map or near any city. Please help explain

Sarcophagus of the great pyramid - Learn about one of the mysteries of this amazing building.

Mystery surrounds fate of killer crocodile that 'ate 300 people'! This monster, a 20-foot Nile crocodile that has been terrorizing residents since the initial attacks in 1987, may sound like the premise of a horror movie, but it's actually a real threat.

Hey guys! I don't have information about this guy Mike Markham, I only knew he theoretically build a time machine. He disappeared. But I don't know about anything else about him. What happened to him? Or is it even true?

Maybe its real or fake plese tell me 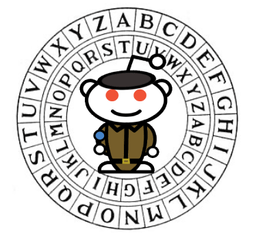 A subreddit for all the bizarre mysteries and strange things you come across.